Broadcast by BBC World Service, From Our Own Correspondent, 27 May 2014: Audio http://www.bbc.co.uk/programmes/p01zdr28

Published in the Observer, 30 March 2014: Under the coffee bushes, Rosibel and Benjamín Fijardo are on their knees, scraping carefully through a litter of dead leaves and dried mud. They are scavenging for stray coffee berries, fallen when the harvesters went through the plantation last week. After 20 minutes, Benjamín has a plastic cup half full. The beans look grey and mouldy, but he says they can be dried and sold. He returns to the work: “This is how we will feed our family for the next two months. By pecking like chickens!” 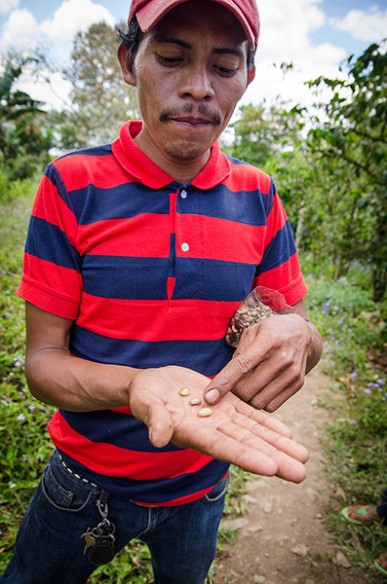 For two million or more coffee workers and small farmers across Central America, the “hungry season” is beginning. It’s always a thin time before crops ripen, but with this winter’s coffee harvest down 50% or more on normal, for the second year running, hunger, malnutrition and debt are new curses for hundreds of thousands. Candida Rosa Piñeda, who owns this little plantation in the village of Atuna Uno, says she has not earned enough this year to buy a new pair of shoes. And she needs to replace most of her disease-damaged coffee bushes.

The disease that has brought these calamities to the pretty hills of Jinotega, in Nicaragua‘s central highlands, is new to most of the farmers I meet. They call it roya, rust. It is ugly. First, parts of the arabica bush’s glossy green leaves turn a dirty orange. Then dark dead patches appear and become holes. The infection spreads to the ripening berries, turning them from bright red to a zombie-skin grey. Trees can be saved, but they need to be carefully pruned and, just as carefully, treated with chemicals. The chemicals can be toxic to humans, and the trees will take years to come back to their normal production.

Hemileia vastatrix, the coffee rust fungus, is a known hazard of growing arabica, which is 70% of the world’s production and all of a cup of coffee’s taste. It has been a curse of coffee planters ever since it appeared in east Africa 150 years ago. However, the rust cannot survive temperatures below 10C. In this region of Nicaragua it usually occurred only below 1,300 metres. Up in the hills, cold nights and drier weather kept the disease at bay. And so that’s where the coffee farms are.

Most of the people I met said they had never seen it until three years ago: some believed it had been deliberately sprayed from the skies by aircraft. Some thought it had spread from the banana trees that shade the coffee plants and provide crucial food for farmers. But most agree that in recent years the weather has become hotter, wetter and less predictable.

Science is in no doubt that the changing climate is behind the rust and other problems affecting coffee production worldwide – and that things are likely to deteriorate. “In many cases, the area suitable for [coffee] production would decrease considerably with increases of temperature of only 2-2.5C,” said a leaked draft of a new report from the Intergovernmental Panel on Climate Change, officially published on Monday. The panel predicts falling coffee production in a range of countries, largely because of warmer weather. In late February, markets scared by drought in Brazil saw futures prices in coffee rise by 70%. All the coffee-producing countries of Central America have seen drops in production of 30% or more in each of the past two years. Some, such as Guatemala, report rising cases of chronic malnutrition in coffee workers’ children.

END_OF_DOCUMENT_TOKEN_TO_BE_REPLACED 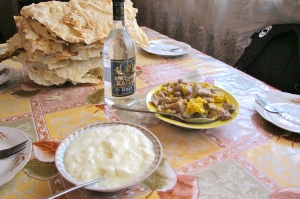 I went to Armenia in April 2011 for Oxfam, the Times and the BBC. On The Culture Show BBC2, 28 October I told how that story was done, in words and pictures. Here’s more from the trip:

BBC Radio 4, From Our Own Correspondent, July 2011

Is this the worst dish in the world? 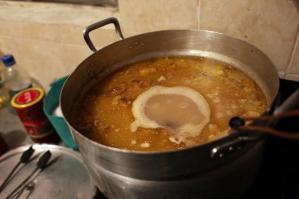 Khash must be stewed for 32 hours

Recipe: Take 4 cow’s hooves and ankles and 1 brain (optional); boil for 32 hours (without seasoning); remove scum; gnaw bones with salt and pickles. Drink a shot of vodka with each mouthful.

KHASH, “the masterpiece of Armenian cuisine”, is always eaten early in the morning. “It is not wise to eat it late,” says our host, Shirak. “Khash is so rich, you need all day to digest it.” He takes us to visit the kitchen the night before the feast; we inspect the great pot where four cow’s feet and ankles and one bovine brain are bubbling. “It started cooking last night, because khash must be stewed for 32 hours,” says Shirak. We agree to meet when that time is up: at 7am.

I wake with a sense of dread. I dreamt I was back at school, faced with an important exam: Shirak was the invigilator. When I get downstairs, I think how much I would give for a cup of tea and no breakfast-time challenges. But on the table is a pile of crispy lavash flatbread, some radishes, a bowl of crushed garlic and salt. And a bottle of vodka.

Read on at The Times Online 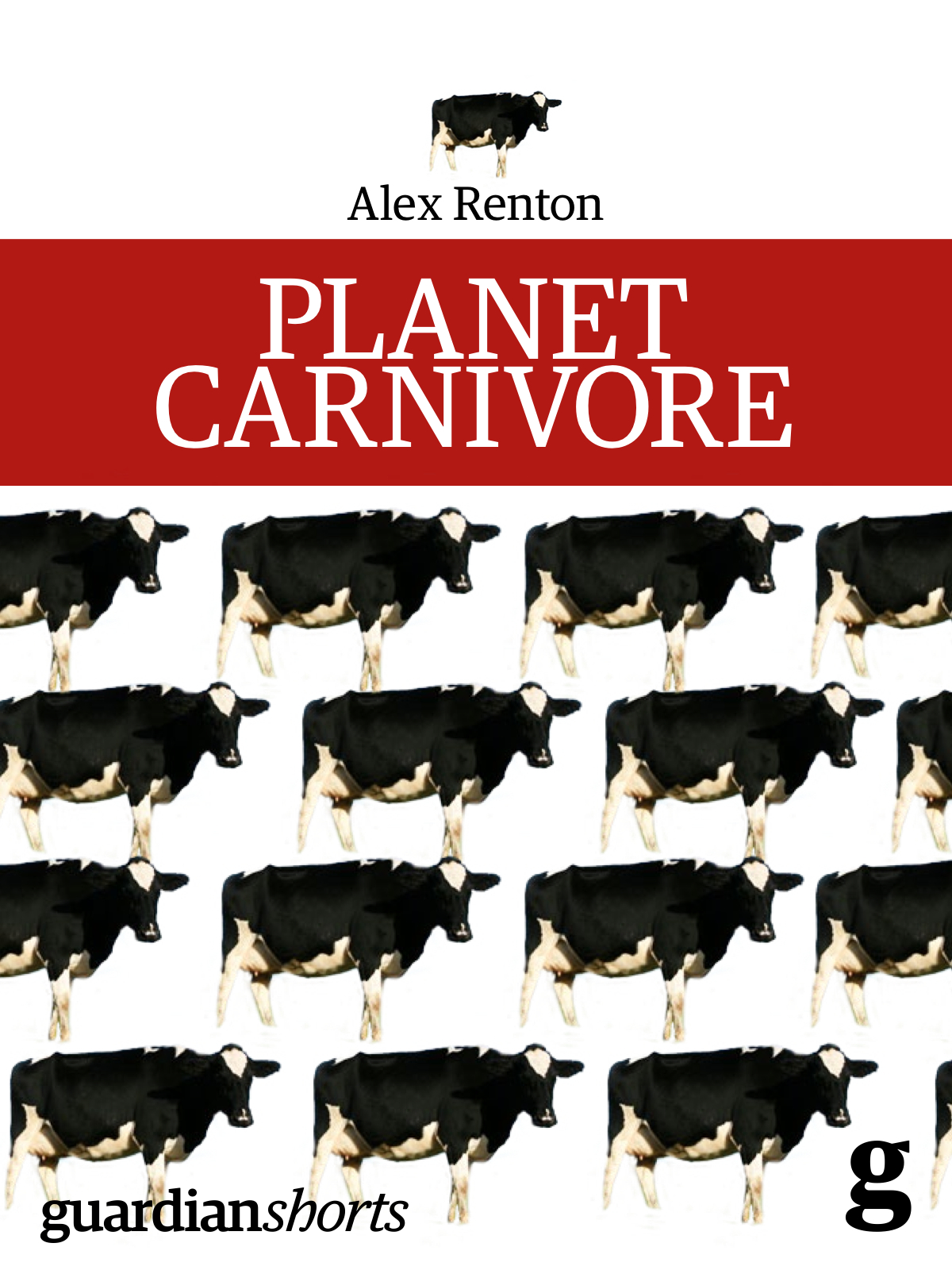