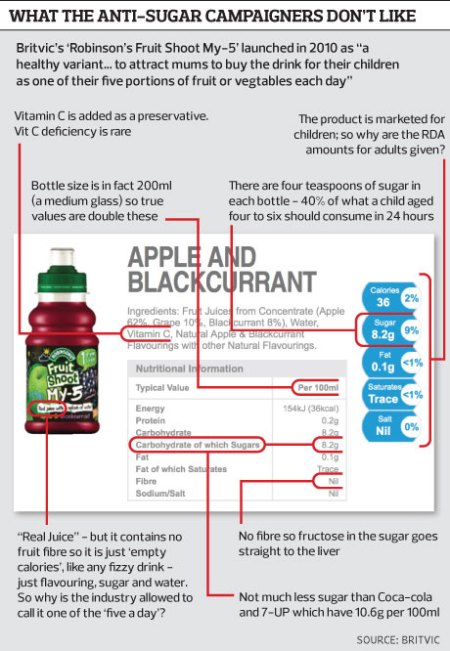 My Observer magazine story and an editorial calling for government action on sugary drinks gathered lots of interest: 170k web hits, 850 comments and a feeble response from the British soft drinks industry.

The tin of 7UP rolls to a stop at my feet. I pick it up, scowling at the kid on a bike who’d tossed it and missed the litter bin. The can is green and shiny: “Put some play into your every day,” it says. “Escape to a carefree world… Don’t grow up. 7UP.” And underneath, in tiny print, the real info (though you need a calculator to get to the truth): the lemon- and lime-flavoured drink contains a trace of salt, no fat, no fibre and 34.98g of sugar – eight teaspoons. The sugar delivers 135 calorie; enough energy for about 15 minutes’ cross-country running. It’s cheap, too. Half the price of milk.

If the stats are right, this teenager in Leith, who threw the empty tin, drinks 287 cans, or the equivalent, a year: more sugary drinks than any other child in Europe. Not to mention a whole lot more sugar, in breakfast cereals, bread, and even chicken nuggets. That is in part why Scottish children’s teeth are the same quality as those of children in Kazakhstan. And perhaps why a 2010 survey of 17 countries found that only Mexicans and Americans were fatter than Scots.